What Does It Mean To Be An Anglican?

The word “Anglican” simply means related to, or coming from, England.  Anglican churches draw their identity and historical roots from the Church of England, one of the main bodies formed during the Protestant Reformation of the 16th Century.

Historical connections aside, what it means to be Anglican can be summed up in a single word – fullness.  As Anglicans, we are about the fullness of the faith in several important ways: 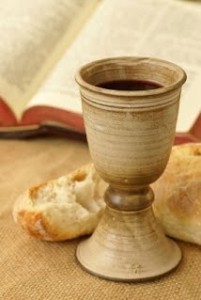 Anglicans affirm all basic Christian truths – that which has been believed everywhere, always, and by all.  We have no distinctive doctrines we hold apart from other Christians.  We have never claimed we are the one true or only church.

When the Reformation happened in England, the reformers there sought to improve upon and correct the worship they had known in the Roman Catholic Church.  Yet they took care not to “throw the baby out with the bath water”.  It means our worship retains a sense of holiness that comes from worshipping in a way that connects us with the ancient church – the same way Christians worshipped in ages past.

The Anglican Communion is a global church and the third largest Christian body in the world.  This means we are connected with brother and sister Anglicans around the globe – especially in the developing world where faith is vibrant and the church is growing rapidly.

Arising out of the Reformation, we share core principles and beliefs with the Presbyterians, Methodists, Baptists, and all Protestants.  By retaining much of what has been handed down to us, we share much with the Roman Catholic, Orthodox, and other ancient Churches.

A Way of Life

Anglicans, then, are simply Christian.  What defines us isn’t a set of particular doctrines.  We are defined by a way of life: by praying and living the Book of Common Prayer, by worshipping together and receiving the Body of Christ in weekly Holy Communion, by loving and serving others as Christ loves us.

Anglicanism is an ethos or understanding that is best caught and experienced rather than explained. Yet it is our comprehensiveness which defines us most.  In all ways, we are seeking to incorporate, experience, and embody the fullness of the Christian faith.