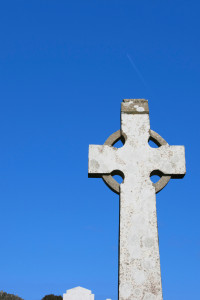 As Anglicans, we are part of a global communion of churches established over the centuries by the Church of England. As Anglican Christians took their faith around the world, churches were established on every continent that shared the faith and practices of the Church of England – a tradition that preserves the very best of ancient early church worship while incorporating the sound doctrines that emerged from the Protestant Reformation.

British pastoral leaders encouraged autonomy and collegiality with these daughter movements, and over time, 39 separate “provinces” of the Anglican Church were established around the world. Today these provinces function in a voluntary communion based around common beliefs and practices. The leaders of each province, called archbishops, gather periodically to discuss the work of the church and to resolve issues that may arise.

Anglicans have always sought to worship God faithfully with living forms of worship. Therefore, our services and liturgies mirror the worship of the ancient apostolic church while incorporating the common language and culture of the communities in which they are practiced. Furthermore, Anglicans incorporate both ancient sacramental practices as well as visual symbols to celebrate the certainty of our faith and the mysteries of God. Together, sacrament, symbol and word, enlivened by the Holy Spirit, connect our senses with our minds and hearts. As we are finding here at The Church of the Resurrection, Anglican worship is a unique milieu for capturing the imagination of a culture that has been immersed in the images of the media and Internet.

In order to remain true to the teachings of Christ and the Apostles, Anglicans have historically upheld the Holy Scriptures as God’s Word, have held to the summary of evangelical beliefs known as the Thirty-Nine Articles of Faith and have accepted the three great Christian creeds, the Apostles’, the Nicene and the Athanasian, as the fundamental statements of the Christian faith. We celebrate the sacraments of Baptism and the Lord’s Supper as commanded by Jesus and we uphold the historic order of Bishops, Presbyters and Deacons in the administration of the church’s life and mission.

Today the worldwide Anglican Communion is experiencing both tremendous stress and tremendous renewal. The stress comes as some provinces depart from historic Anglican (and mainstream Christian) faith and practices, and from the orthodox understanding of the Holy Scriptures. On the other hand, the renewal comes from the explosive growth of the gospel through Anglican churches and missions in many locations, particularly the “2/3 world.” (For example, there are more than 15 million Anglicans in Nigeria — many times the number of Anglicans in the United States!)

It is indeed an unusual and exciting time to be Anglican. Those of us gathered here at The Church of the Resurrection, without ambivalence, wholeheartedly embrace that we have been called to be followers of Jesus Christ in the Anglican tradition for such a time as this. We have a deep sense that God is calling us to live more faithfully and trust him more genuinely than ever.